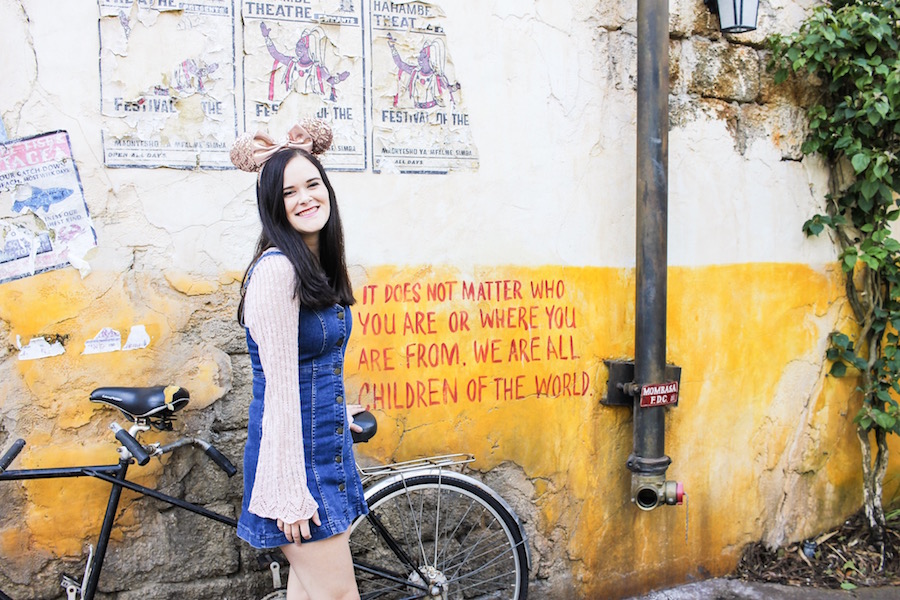 Animal Kingdom is the newest of Disney World’s theme parks, having been opened for about 20 years now. It used to be considered a “half-day park” until Pandora opened a few summers ago. Now it’s joined the ranks of the other favorite “nighttime” parks like Magic Kingdom.

If you’re like me and don’t visit the Disney World parks with small children, you might be wondering what there is to do at Animal Kingdom for adults and teens. I’ll let you in on a little secret: Animal Kingdom is the new Epcot. I know, scandalous, but oh-so-true.

Animal Kingdom has everything adults could want. Fun bars, grown-up rides, and a lot of trails for walking off those booze calories. Oh, did I mention the food? Because I definitely will. Let’s jump in to have a ROARING good time at Animal Kingdom. (You see what I did there? …Okay, I’ll go home) 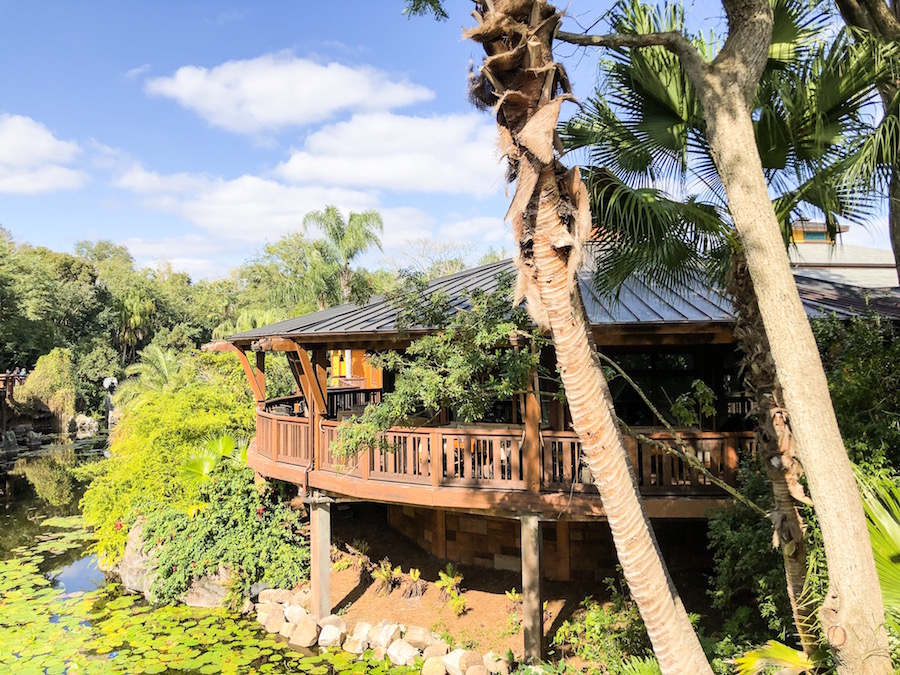 If you thought I’d start this guide with a list of my favorite rides, you really don’t know me. Ya girl loves a fruity cocktail, and Animal Kingdom does not disappoint. I think I’ve tried literally every drinking establishment at Animal Kingdom and I’m not ashamed to admit that.

Dawa Bar – The Dawa Bar is one of my favorite picks and it’s hidden in plain sight! This full bar is located in Africa right outside of Tusker House. You can order anything, from African beers to specialty cocktails. Want something refreshing to quench your day-drinker appetite? I highly recommend the Lost on Safari. Bonus: it’s pink.

Thirsty River Bar & Track Snacks – In case your stomach wasn’t twisted enough on Everest, stop here for some refreshing cocktails. This spot is located right beside Everest and the seating area for River of Light. Go for the Himalayan Ghost, a mix of vodka, guava, and lemonade YUM.

Nomad Lounge – Within Tiffins, the restaurant near Pandora, you’ll find the Nomad Lounge. Not only is this the best place to escape the Florida heat at the park, but it’s usually child-free. I recommend anything on the menu as long as you order some bread service to go with it.

Pongu Pongu – In Pandora, you can get the Mo’ara Margarita. It’s basically a frozen margarita topped with a rum floater and some boba balls. You’ll find this stand outside of the Pandora quick-service lounge near the merchandise store.

Yak & Yeti – Finally, if you’re dining at the Yak & Yeti (and you should), get the Yak Attack. It’s a cocktail that’s pretty similar to a mango daiquiri. You’ll be thankful you have something chilly to help you cool down! 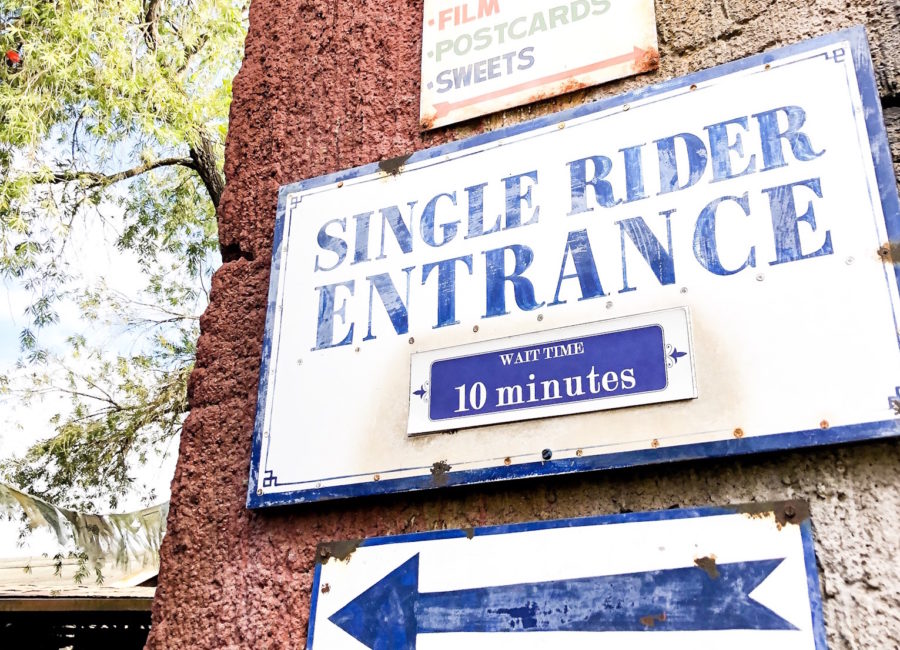 Basically, all of the rides and attractions at Animal Kingdom are perfect for adults. From the safari rides to the “roller coasters,” it’s pretty one-size-fits-all. But you might not know about some of the non-ride attractions that are seriously worth your time.

Kilimonjaro Safari – Take a “two-week” trek through the savanna to see animals like hippos, elephants, and even lions (oh my). When I was a child, this ride was a bit more exciting with a spontaneous escape from poachers scene, but it’s still worth a trip. Beware the long can be long!

Dinosaur – I swear Dinosaur gave me trauma as a kid, but I’ve gotten over it in the decade since. Dinosaur is a weird ride where you’re not quite sure who the target audience is. It’s marketed as a fun kids ride, but it’s incredibly dark, loud, and there’s a T-Rex scare scene at the end that makes even adults quake a bit. Who really knows? What I do know is that it rarely has a long wait and it’s a good time.

Expedition: Everist – Everest isn’t quite a “roller coaster,” but it’s still pretty intense. It goes backward and has a decent drop, and that makes it unique in my book. Even better, there’s a single rider line.

Wild Africa Trek & Maharajah Jungle Trek – Do yourself a favor and take these fun walks through the more “nature” focused parts of Animal Kingdom. There are no wait times, most of the path is in the shade, and you get to see some cool animals. See tigers, gorillas, birds, and so much more up close with some well-themed trails. I used to work at a zoo so this section of the park gives me serious nostalgia! 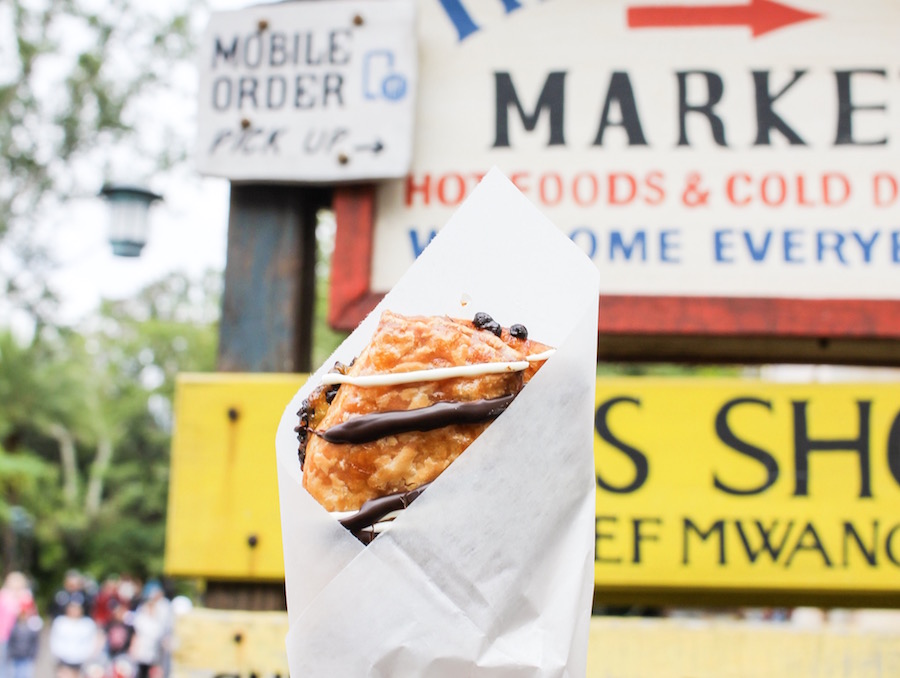 Eating for Adults at Animal Kingdom

Finally, let’s go through the best eats at Animal Kingdom. Like all of the Disney theme parks, you can count on some sweet treats and tasty finds. I love exploring new foods, so Animal Kingdom is one of the more adventurous parks for finding food.

Flame Tree Barbecue – Okay, I must admit I have never personally eaten here (aside from fries) because I am a card-carrying vegetarian. However, my boyfriend always gets the BBQ platter and seems to love it! Warning: it’s huge!!

Harambe Fruit Market – I have so many memories of eating grilled corn from this pace…It’s just the perfect mid-day snack for when you’re not sure that you need a full meal.

Kusafiri Coffee Shop & Bakery – This is my go-to Animal Kingdom breakfast spot. It’s literally a hole in the wall, but they’ve got a great menu. Iced coffee, giant cinnamon rolls, danishes, and so much more.

Nomad Lounge – I’m mentioning this place twice because it’s that good. GET. THE. BREAD. SERVICE.

Yak & Yeti Local Foods Cafe – This is a very vegetarian-friendly spot, but it’s also just great in general. My favorites are the egg rolls and the vegetable tikka masala. They also have breakfast!

There ya have it. Those are all my must-dos for experiencing Animal Kingdom as an adult. Even if you can’t ride anything, it’s just fun to try the food and drink, walk around the treks, and take in the sights.

What are your favorite things to do in Animal Kingdom without kids? Who said you needed children in your group to experience the excitement of Animal Kingdom? Not me, that’s for sure! 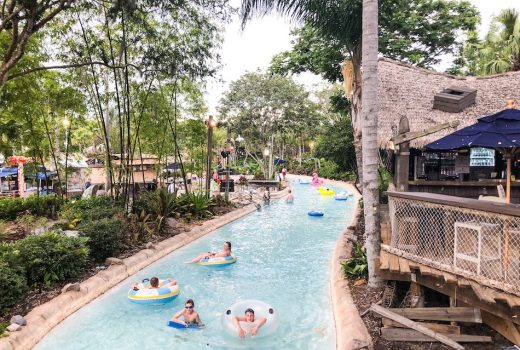 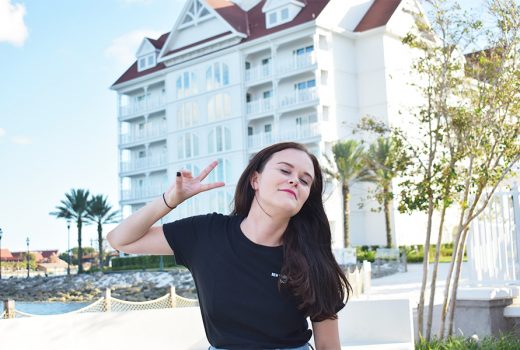 How to Save Money on Disney World Hotels 2019 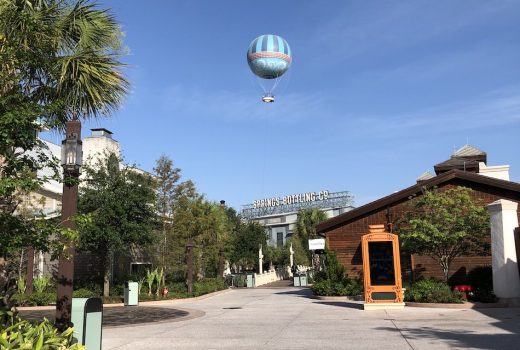