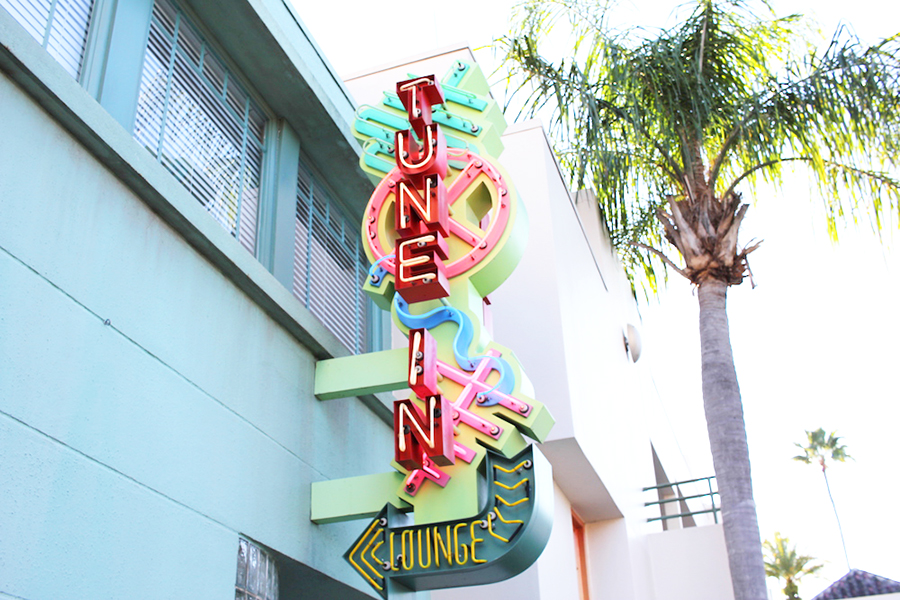 You guessed it! I’m back with another Disney World for grown-ups post! As someone who doesn’t have kids, this is my favorite topic to write about. Today, we’re going to talk about Hollywood Studios for adults!

Hollywood Studios is an incredibly grown-up friendly park, first of all. I would consider it on-par with Animal Kingdom and Epcot, except it doesn’t have as many people-watching activities if that makes sense. As they continue to build more at Hollywood Studios, however, there are a lot more grown-up things to do!

Of course, the biggest rides on property are at Hollywood Studios, so that’s a major pro in its favor. Plus, with the soon-to-be-open Galaxy’s Edge, Hollywood Studios is really making a name for itself.

Before we jump in, I wanted to share my other Disney World for adults posts in case you’re a fellow 18-and-upper visiting Disney without kids:

Woohoo! Let’s get into all about why I love Hollywood Studios for adults.

Why Visit Hollywood Studios as an Adult?

First, I wanted to chat about visiting the parks without kids. People ask me this ALL. THE. TIME. Really, they’re missing out. I’ve been coming to Disney World my entire life. I loved it as a kid, as a teen, and now I love it as an adult.

When you visit without kids you can ride what you want, eat all you want, and enjoy some of the fun libations without worry. Plus, traveling to Disney World without kids is a great way to escape the crowds. Kids don’t usually want to hang out in the lounges or wait in line for roller coasters. They don’t like to sit back, relax, and enjoy the smaller details of the park.

When you go without kids to Disney World, you’re free to explore on your own terms. I love visiting with my partner and with friends. And I never go with kids! I highly recommend giving it a try if you get the chance! Alright, now onto the good stuff. 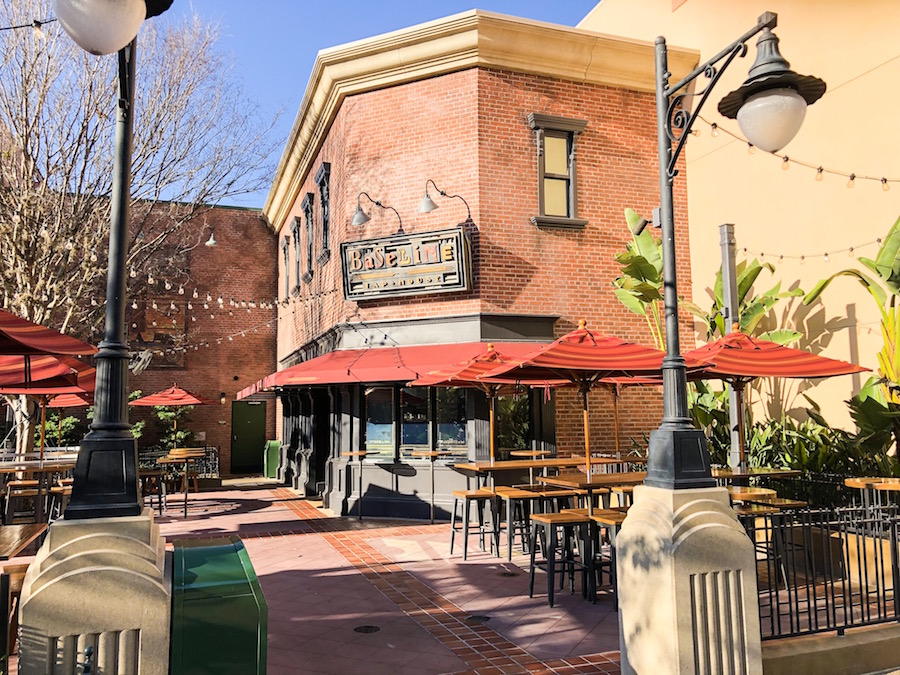 I love a good cocktail when I’m enjoying a theme park. It’s sorta my thing. The good news is there are SO MANY options for enjoying yummy adult beverages at Disney World, especially at Hollywood Studios. Here are my favorite watering holes (plus some drink suggestions).

Tune-In Lounge – This is located in the 50’s Prime Time Cafe in a part of the restaurant known as Dad’s Liquor Cabinet. It’s themed like a living room, but you can also cozy up to the bar for some much needed A/C. There’s a lot of great drinks here, but I love Dad’s Electric Lemonade.

BaseLine Tap House – Though this took the space of my favorite Writer’s Room coffee shop, I have to admit I love what they’ve done with the place. The BaseLine Tap House is a rock n’ roll themed beer spot where you can get California brews and wine. I recommend building your own beer flight!

The Hollywood Brown Derby – I have to admit I’ve never eaten inside this restaurant, but they have a great outdoor bar in the courtyard. Sometimes you have to wait a bit to get a seat, but it’s worth it for the margaritas.

Woody’s Lunch Box – The newest addition to the park comes with some perks. If you’re spending some time in Toy Story Land (and you should!) grab a Grown-Up’s Lemonade. While you’re at it, try one of their pop tarts!

A word of warning…I might have listed those drinks first, but definitely don’t down a cocktail and then get on a roller coaster. Unless you love getting intimate with the inside of Disney trash cans! The rides at Hollywood Studios have some of the other parks beat, but you might be surprised with what I put on this list.

Rock ‘n’ Roller Coaster – This might just be my favorite ride at the parks, though I’m a bit biased because I love both rock music and coaster. Rock ‘n’ Roller Coaster is the only “real” roller coaster on property. It’s dark. It’s fast. It goes upside down a few times. It’s also amazing! Even if you’re not a big coaster fan, that 0-60mph+ start really is something else!

Tower of Terror – This ride gave me nightmares until I finally braved it in my tween years. It’s not really that thrilling, but boy do they build it up! The queue is spooky, the intro is spooky, Rod Sterling’s voice is spooky…you get the idea. But with a different ride experience every time as this “elevator” drops between 1-12 floors, you can’t miss it!

Toy Story Midway Mania – This might be a “kiddie” ride, but it’s 100% adulterated competition in my experience. It’s similar to Buzz Lightyear’s ride at the Magic Kingdom but updated to be more digital. Get ready to get an arm workout, though, cause this game is no joke!

Walt Disney Presents – This walkthrough isn’t a ride, but it’s still really interesting. Learn about the history of Walt Disney World, see cool artifacts, and get treated to a sneak preview of whatever is coming up in the future at the end. There are always different exhibits, and you won’t want to miss out.

Star Tours – I’m a self-proclaimed Star Wars nerd, so that might be why I get such a kick out of this experience. It’s a bit outdated, perhaps, but they’ve done a great job refreshing it with the new characters. This simple ride rarely has a long wait, so that makes it a winner in my book.

Indiana Jones Epic Stunt Spectacular – A lot of the shows at Hollywood Studios are a bit childish, in my opinion, but Indiana Jones is perfect for all ages. While you’ll probably see through some of the “epic” stunts, it’s still entertaining in its own right.

Muppet Vision 3D – I don’t know if I’m jaded by the 15-minutes of A/C, but this attraction has always been a soft spot for me. It’s got some cheap 3D tricks, and it’s a pretty sappy show, but darn if it isn’t cute. 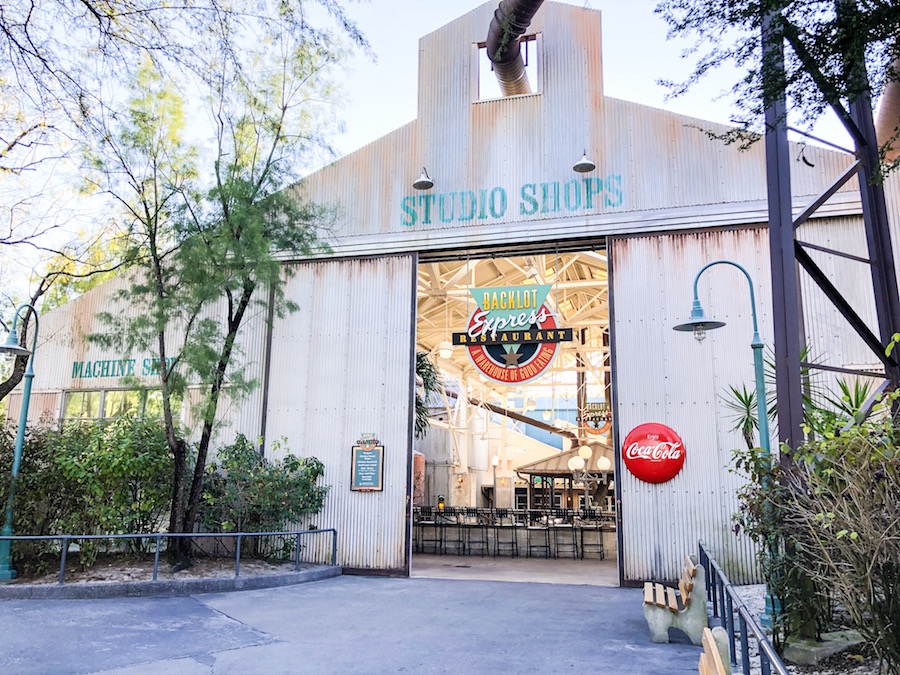 The Backlot Express at Hollywood Studios

Eating for Adults at Hollywood Studios

Now on to the yummy stuff! There are so many great things for adults to eat at Hollywood Studios that this park is one of my favorites for grabbing lunch or even just a snack.

The Hollywood Brown Derby – Okay, okay, I just said I haven’t ever eaten here, but it’s on my list. This signature dining experience is themed like an A-lister Hollywood hideout, and it’s known for some of its delicious food. The most notorious must-haves include the Famous Cobb Salad and the Original Grapefruit Cake. Did I mention the margaritas? 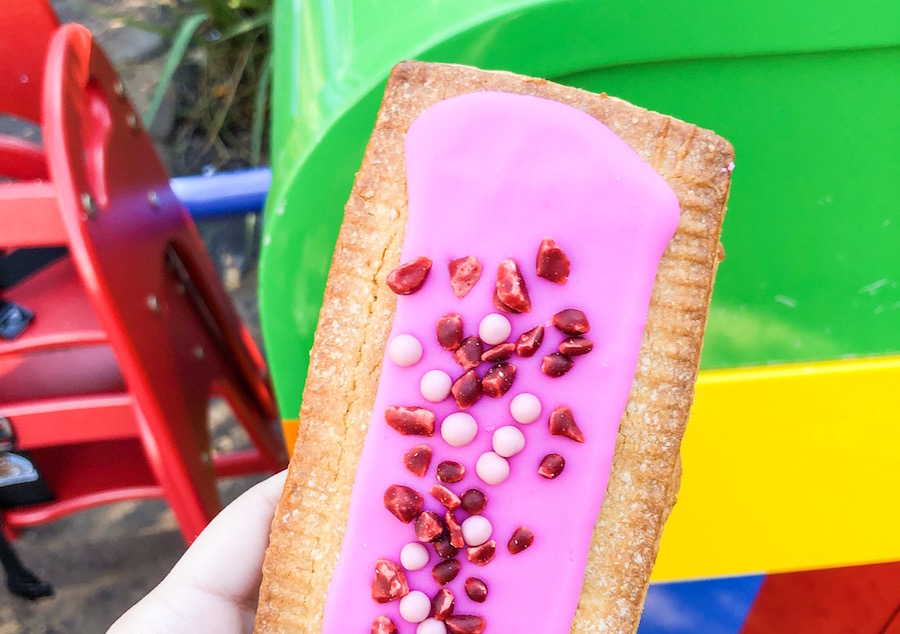 Andy’s Lunch Box – There are some great snacks to be had at Andy’s Lunch Box in Toy Story Land. I mainly recommend the pop tarts, but everything else looks great here too.

Dockside Diner – Right next to Echo Lake, you’ll find Dockside Diner. This is the best spot for grabbing a snack to share and people watching. I’d recommend the Chili-Cheese Foot-long Hotdog or Loaded Nachos.

There you have it. That’s why I love Hollywood Studios as a “grown up.” No matter whether you’re young or adult, there’s something to love at this park. From raiding Dad’s Liquor Cabinet to chowing down on chicken and waffles, what’s not to love?

Roller coasters, shows, and drink flights, oh my. What do you love about Hollywood Studios as an adult? Let me know in the comments! 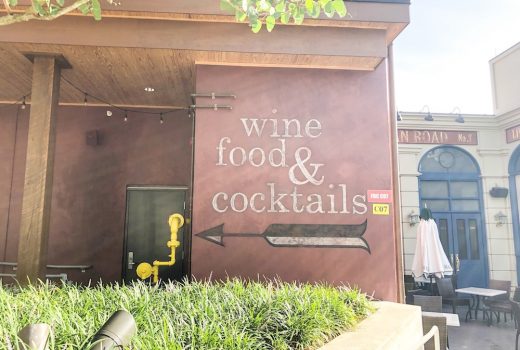 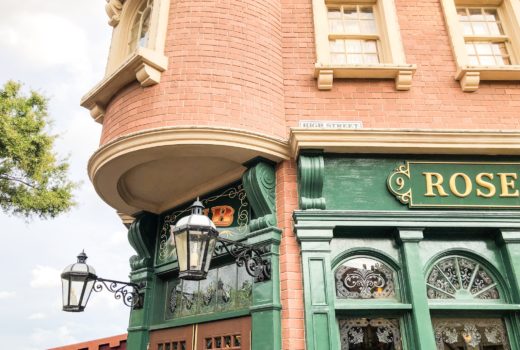 Where to Escape the Kids at Disney World 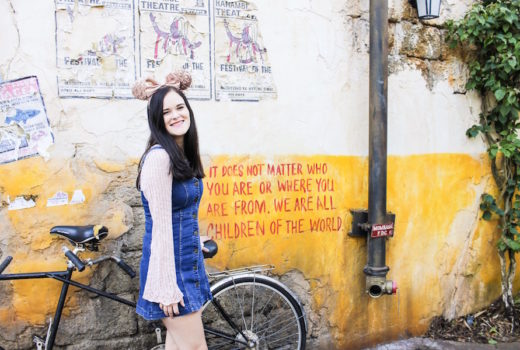